March Madness is here. Millions of Americans are filling in their brackets online, predicting the Final Four and inevitably who will come up on top. And while the odds of creating a perfect bracket are roughly one in 2.4 trillion, the excitement continues year after year and thus, web traffic to the top sports sites gets even higher.

The full field of 68 teams who made it to the NCAA tournament was announced in the evening of March 13. This day is known as Selection Sunday, and is a very important day to sports websites as they compete against each other for bracket sign-ups. As a college hoops fan (Go VCU!) and web performance fanatic, I found it very fitting to measure and report on the performance of the top 10 sports sites on Selection Sunday. 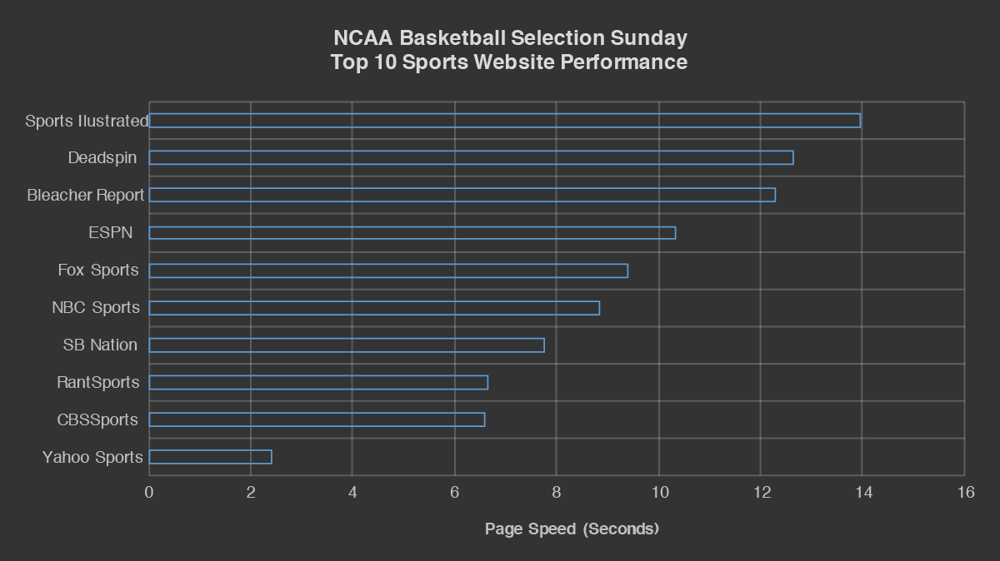 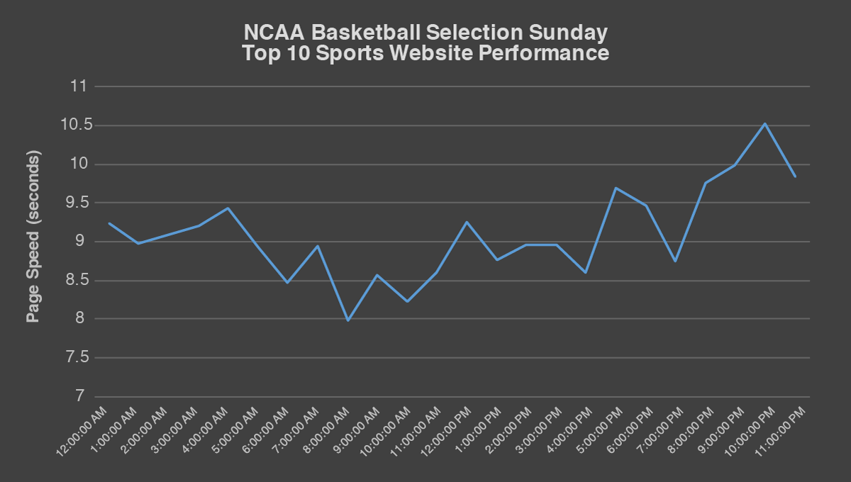 4 out of 10 sites declined significantly in site speed between 5pm and 10pm. The full bracket was announced at 6:47pm on CBS. Clearly, the spike in traffic to these sites after the bracket was released impacted page load times. 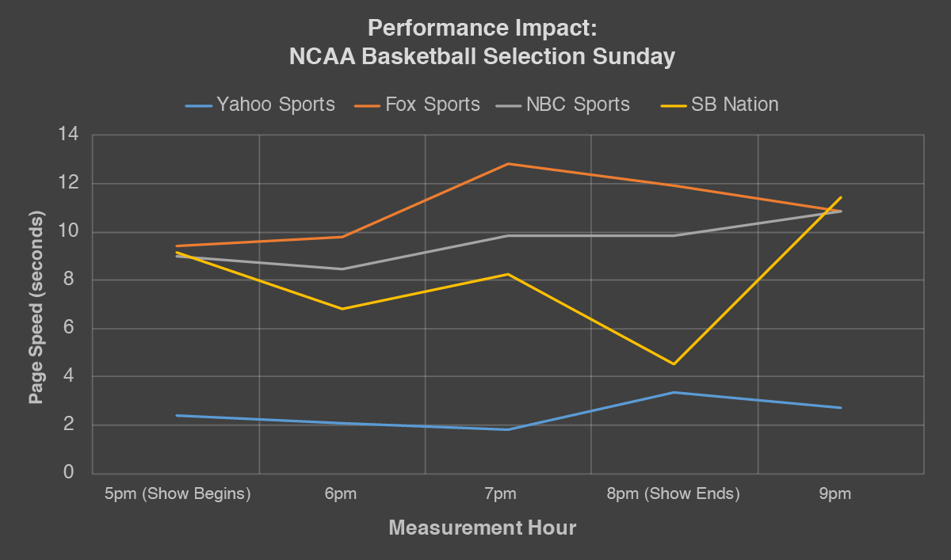 While ESPN, Bleacher Report, Sports Illustrated, and Deadspin were the slowest sports sites on Selection Sunday, they did not have performance pains after the selection show.

Performance directly impacts user experience and revenue (and bracket sign-ups). Here at Blue Triangle, we quantify where and how much page speed impacts online businesses. We recently helped Microsoft Store grow revenues by 25% in just one year. Find out more about what we do and how we do it.

Director of Marketing at Blue Triangle

As Blue Triangle's Director of Marketing, Josh enjoys sharing ways businesses can improve digital experience and revenue. He is also an avid swimmer, runner, cyclist and drummer.
Back to Main Blog